Welcome to the CARTHE GLAD blog!

The CARTHE GLAD blog site is dedicated to our Grand Lagrangian Deployment (GLAD) experiment set for July 17 – Aug 3, 2012. We will have a number of our researchers and students updating you on their experiences during and after the experiment. We expected to have updates daily!

The Consortium for Advanced Research on Transport of Hydrocarbon in the Environment (CARTHE) led by Dr. Tamay Ӧzgökmen at the University of Miami (UM) is conducting the largest-scale experiment of its kind in the Gulf. The summer of 2012, over the course of a week, Dr. Brian Haus (UM) and his research team will deploy 300 custom-made drifters near the Deepwater Horizon site and Louisiana coast. 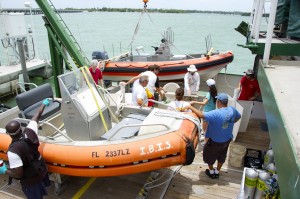 The release of drifters, known as the Grand Lagrangian Deployment, or GLAD for short, is an essential first step to study the complex and elusive surface ocean currents that transport pollutants, like hydrocarbons. In preparation for the real experiment, CARTHE research teams have conducted tests, featured here, to improve drifter deployment and their decision-making process in selecting the best methods to release the drifters – a critical component for the success of this project. 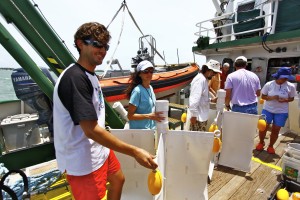 CARTHE comprises 26 principal investigators from 12 universities and research institutions distributed across four Gulf of Mexico states and four other states. It fuses into one group investigators with scientific and technical knowledge and publications related to oil fate/transport processes, oceanic and atmospheric turbulence, air-sea interactions, tropical cyclones and winter storms, and coastal and nearshore modeling and observations. 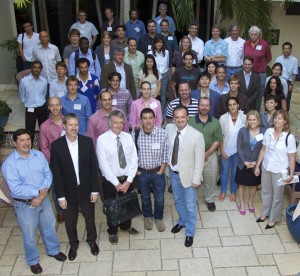