On July 5, 2016, the TARA Expeditions schooner departed Miami, Florida, headed for the Pacific Ocean via the Panama Canal, with one additional piece of equipment from CARTHE.  The 36 meter aluminum hulled sail boat had an 8 day stopover in Miami before setting off on a 2 year voyage throughout the Pacific to study and understand the impact of climate change and the ecological crisis facing the ocean.

While in Miami, Tara Expeditions Foundation organized a public event in partnership between France and the United States, entitled FACT-O (French American Climate Talks on Ocean). According to the Foundation, “FACT-O is a series of public conferences planned to take place in the United States and Canada during which renowned French and American scientists, representatives of civil society, NGOs, political figures, journalists and entrepreneurs will talk about the oceans and the problems they are confronting.”

CARTHE members Cedric Guigand, Guillaume Novelli, and Laura Bracken attended the conference and toured the boat with Tara scientist Stéphane Pesant from the Center for Marine Environmental Sciences at the University of Berlin.  Pesant will take one of the new biodegradable CARTHE drifters on the cruise and release it near French Polynesia in order to study the vortices that develop around the volcanic islands in this area.

The CARTHE team has spent several years perfecting the new drifters first used during the 2016 LASER experiment.  These drifters are lightweight, easy to assemble, biodegradable, and can transmit for roughly 3 months.  CARTHE traditionally uses drifters to study how oil gets transported through the ocean, but these observational studies can be used to create computer models that also predict the transport of other pollutants, larval fish, or even someone lost at sea. 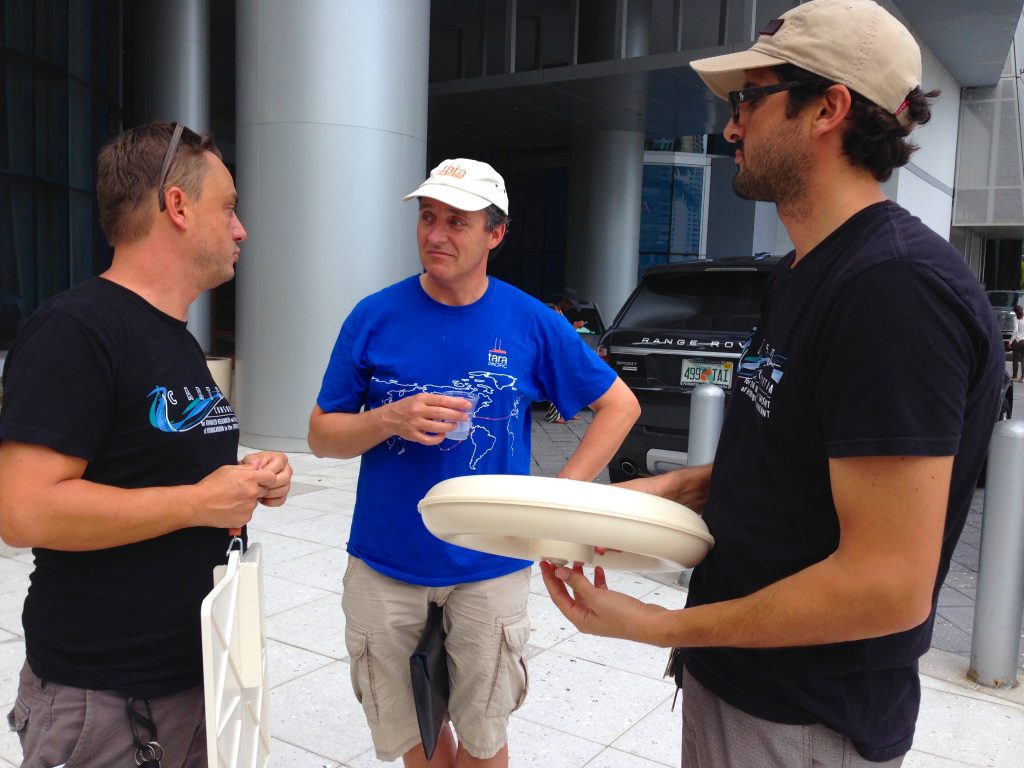 You can follow the Tara Pacific Expedition online at oceans.taraexpeditions.org. 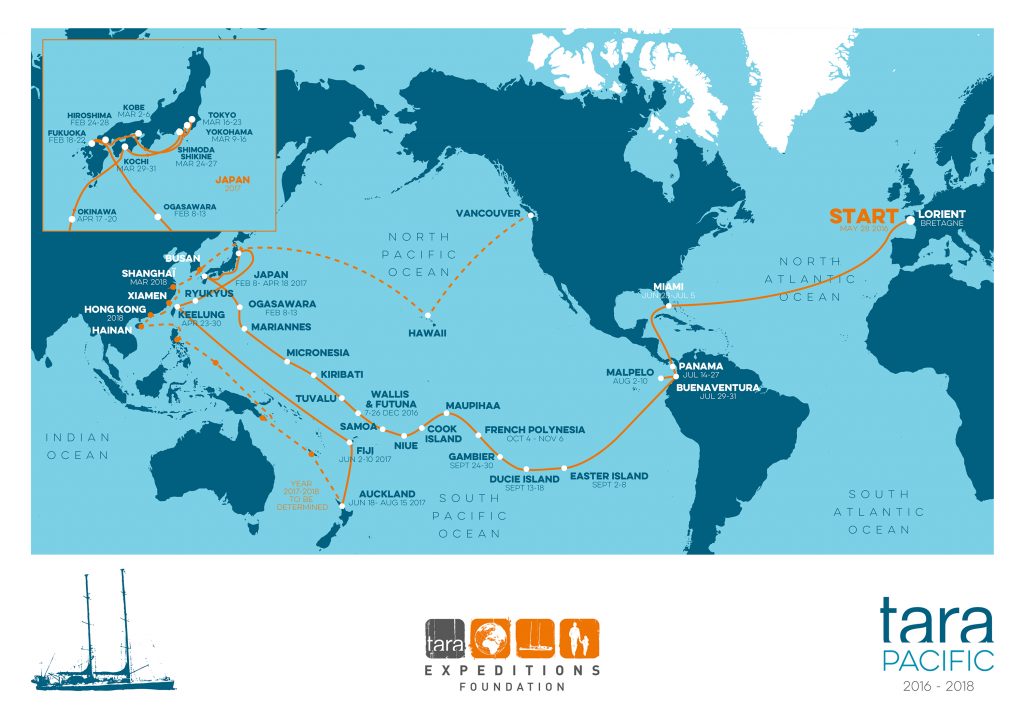