CARTHE relied on high resolution cameras mounted to drones to track the initial transport of drift cards (biodegradable bamboo plates) during the SPLASH experiments to measure currents. The acquired images are used to see how small scale surface currents behave, especially around fronts. The GPS-equipped LASER drifters collect data for 2-4 months over many kilometers, while the drones allow CARTHE scientists to see what happens at scales of 1 m – 200 m, flying over a patch of drift cards for about an hour.

Our drone team, led by FSU’s Dan Carlson, worked for months to customize 3 drones (plus an additional 2 drones on the R/V Walton Smith). They had 10 back up batteries so when the drone in the air started to run low on its charge, they would bring it down, pop in a new battery, and send it back up.  They practiced extensively from land in calm winds and gusty winds, and were ready to hit the gulf…. or so they thought.

They received a boat from LUMCON (thanks, LUMCON!) but needed to building an instrument platform to mount the met station and drone antenna. Nice job, John, Andrew, and Karina (our fearless graduate students)! 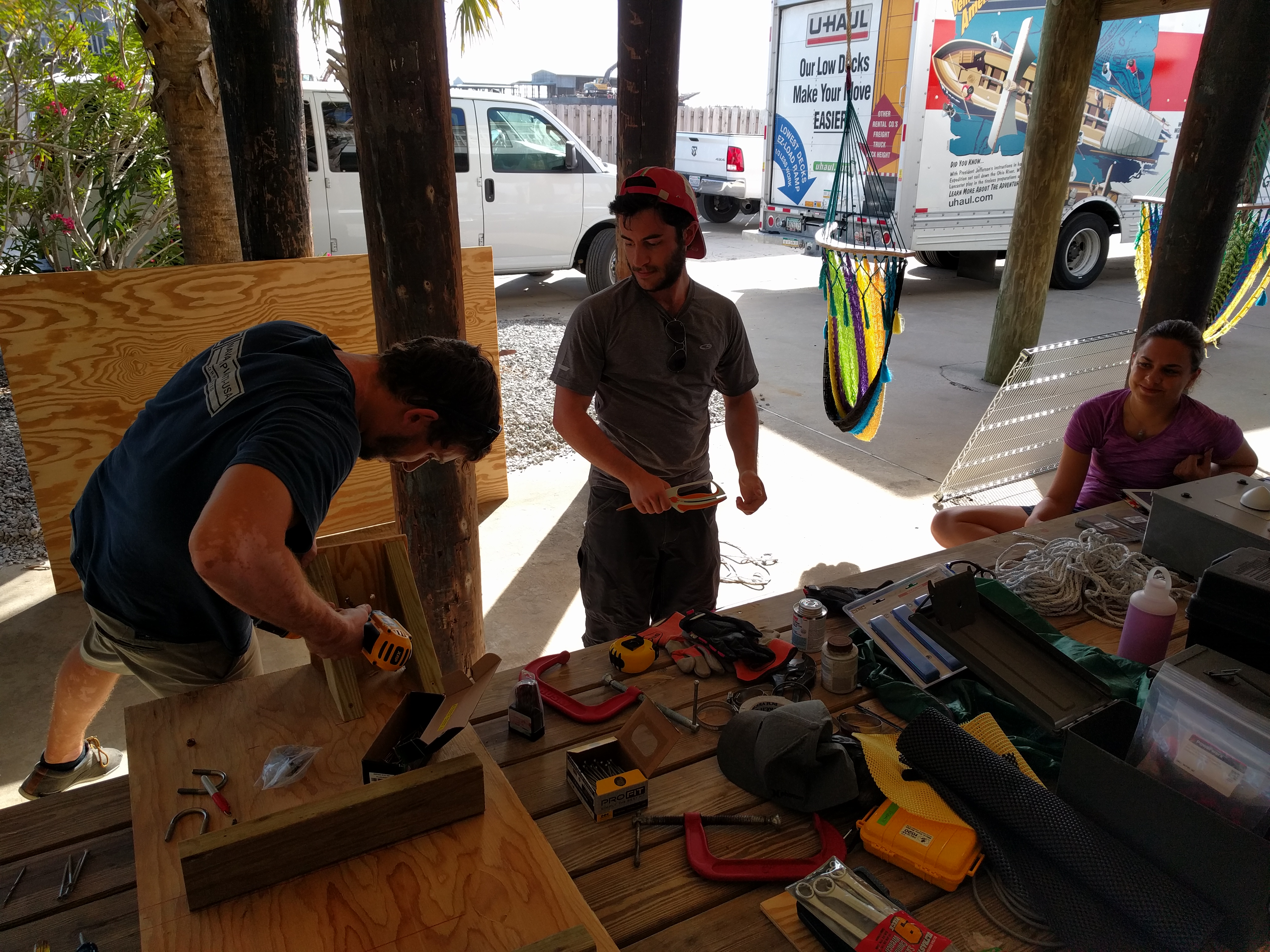 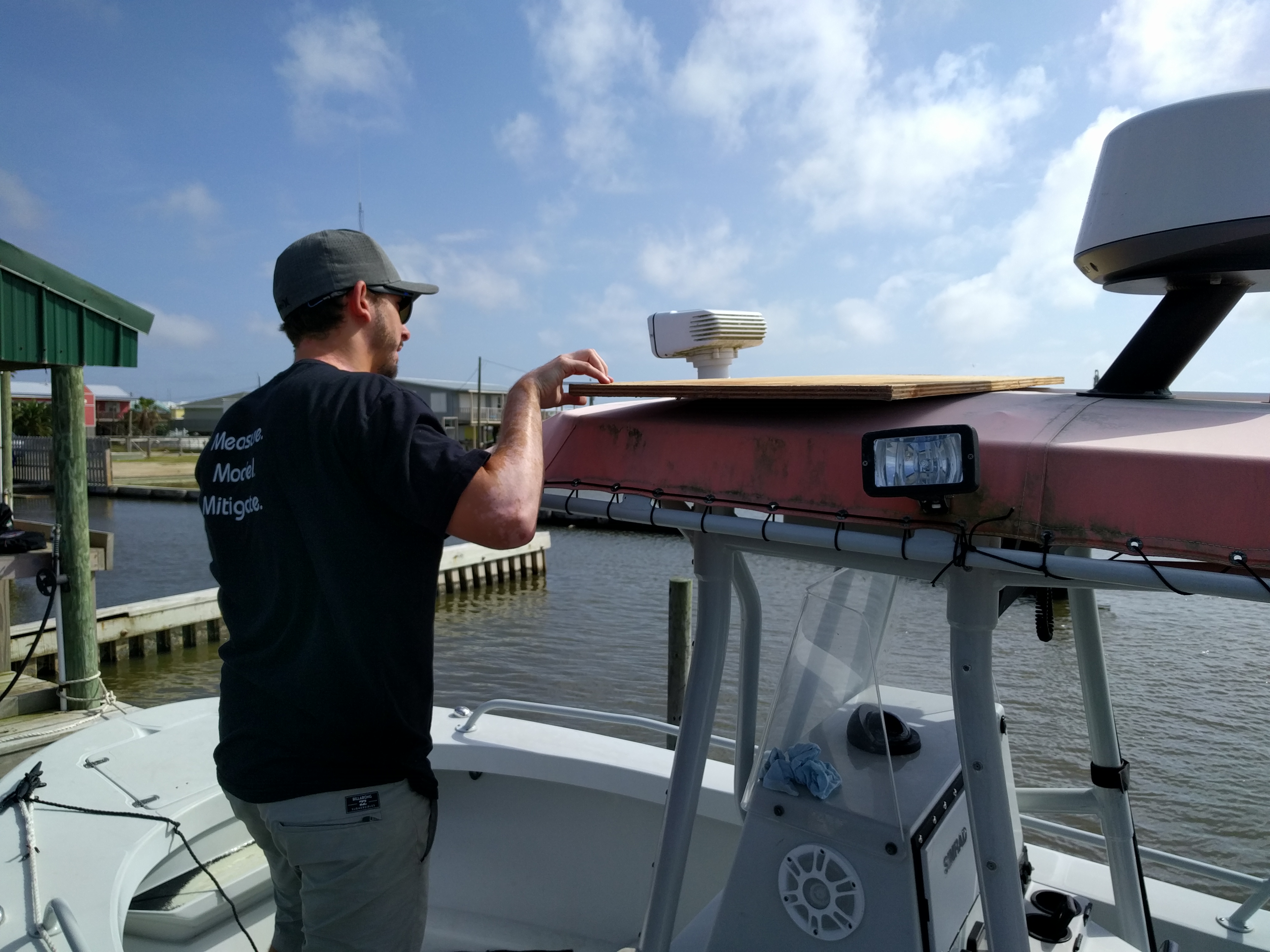 Dan was very happy with the boat! 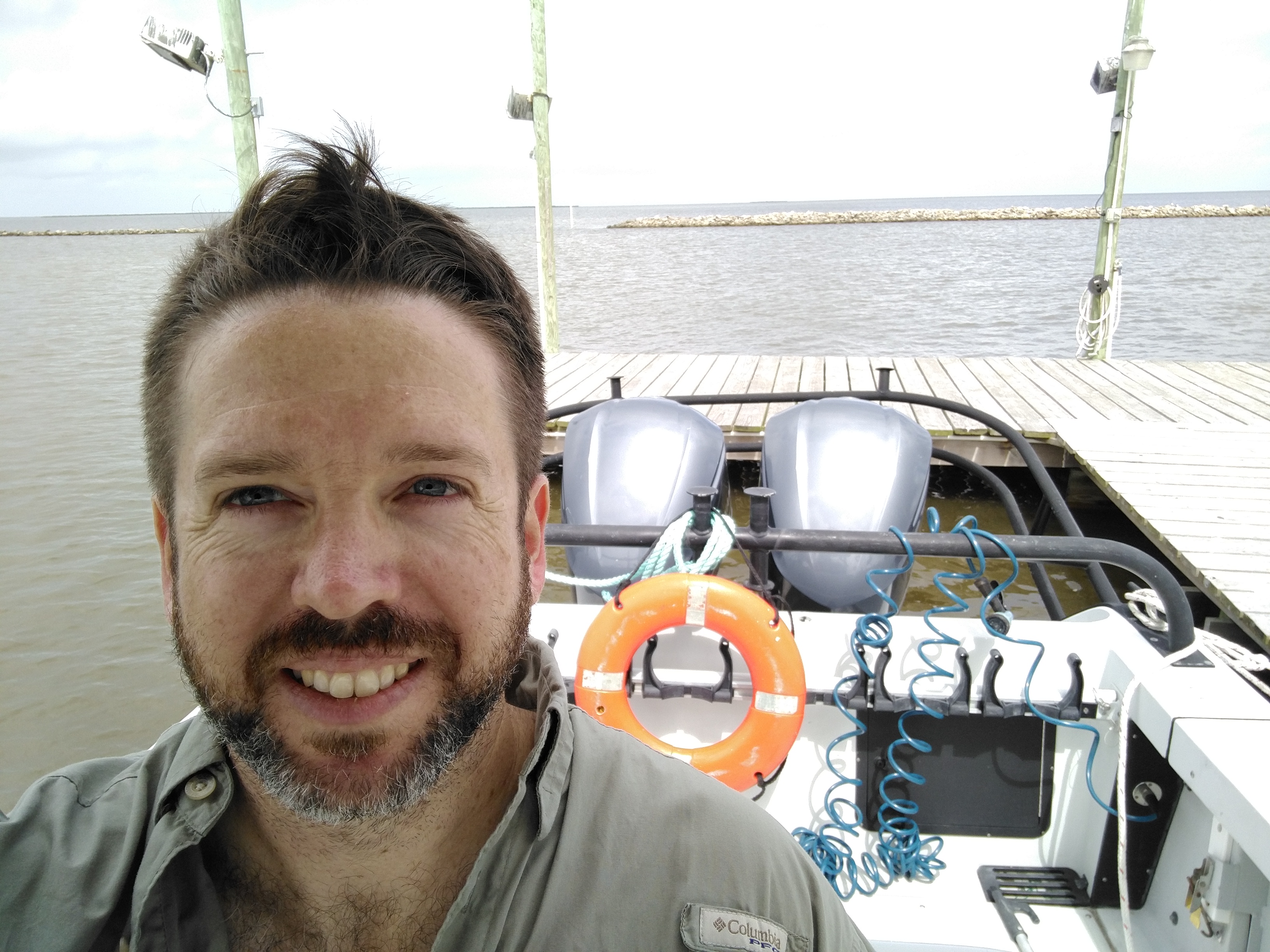 Until they had engine trouble…  Andrew tried his best to fix it but eventually they realized this was a job for Mr. Sharkey, the local boatman. 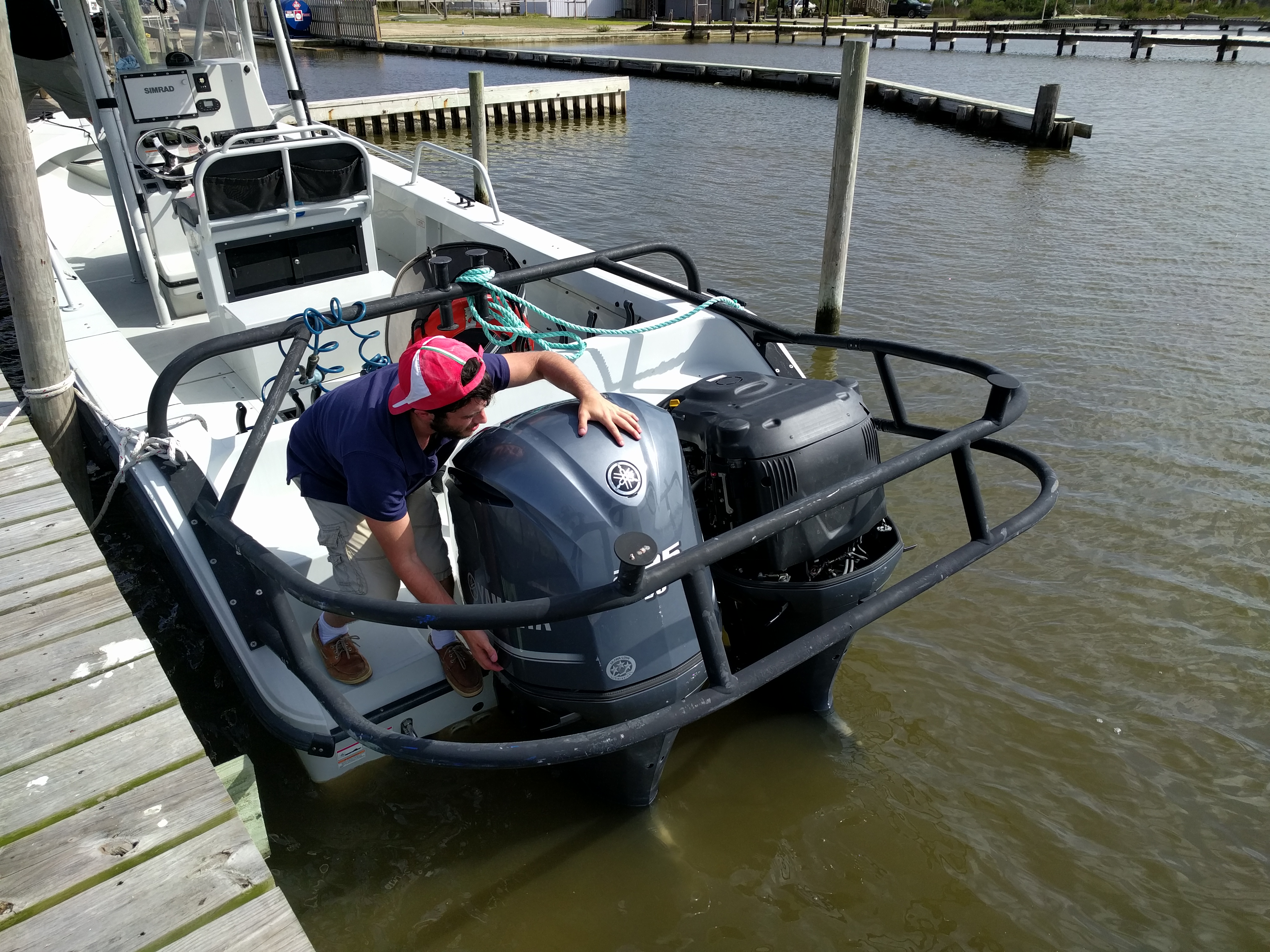 While Sharkey worked on the first boat, they got a replacement boat. They quickly realized that if they were going to take off and land from this small boat, they would need a custom built landing platform for the bow. When you’re in the field and realize plan A isn’t perfect, you get creative! Mike Rebozo from Univ of Miami jumped into action and constructed this masterpiece. 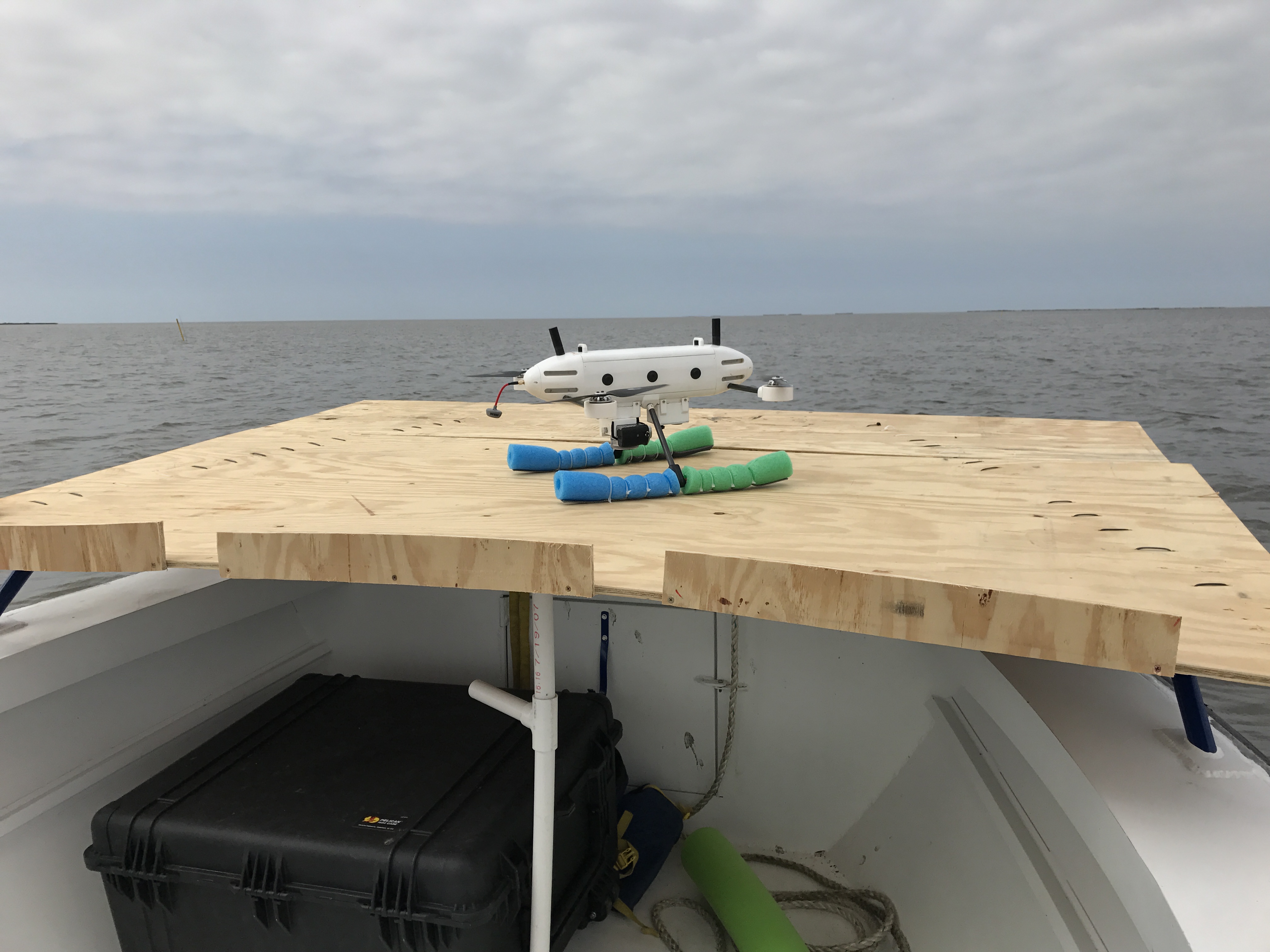 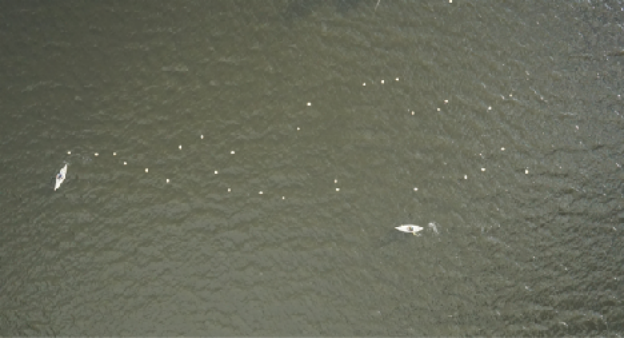 After a long experiment, far too many storms, a couple boats, and lots of laughs, the team is now back in the lab analyzing the images to see what can be learned from these unique series of experiments. 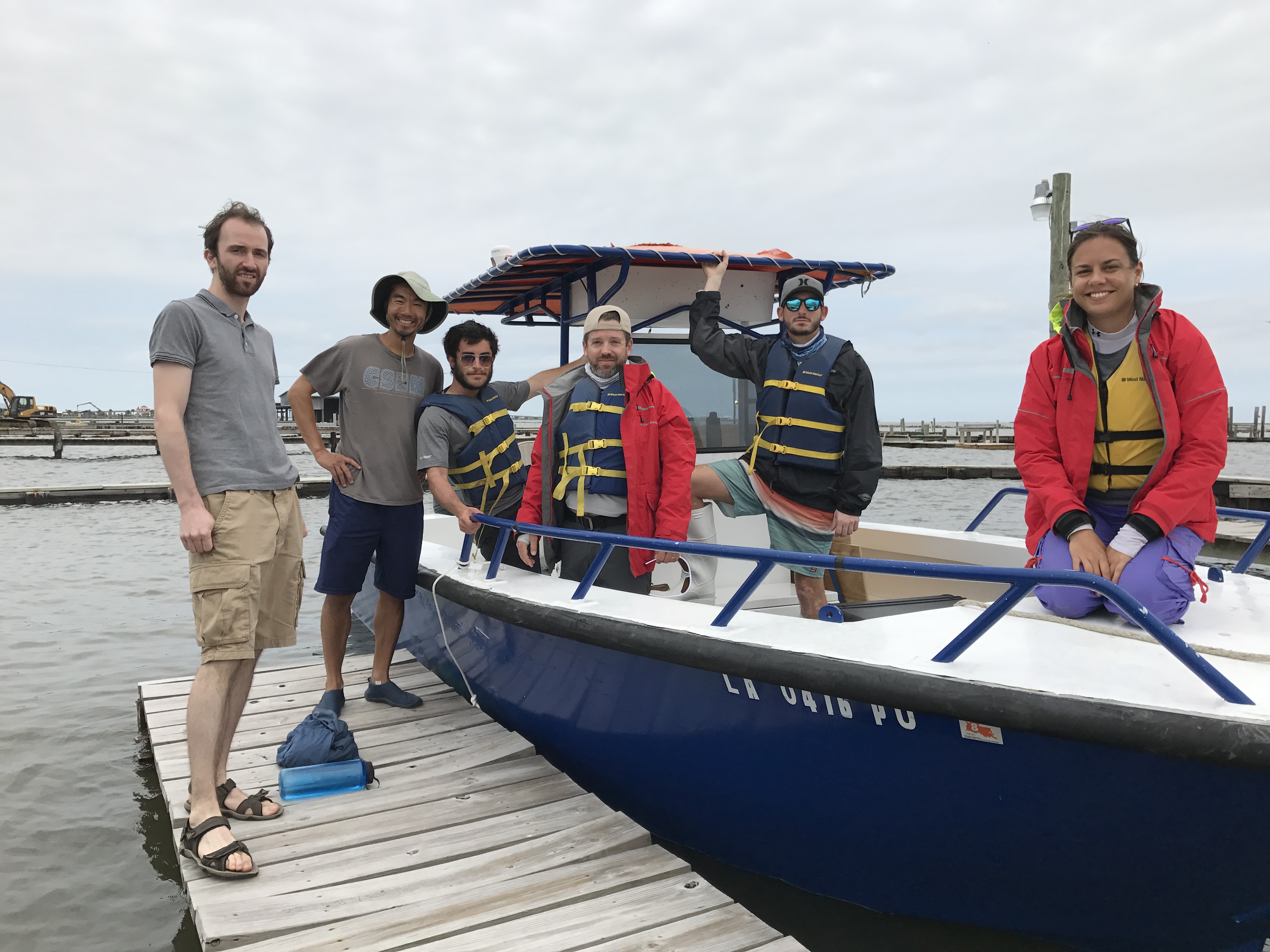 For the serious drone fans, here is what we used: https://boxbotix.com/bbots/bbcopter/.