On Tuesday, June 20, 2017, a 63 inch sewage pipe broke and began leaking into the Biscayne Canal, according to a No Contact with Water advisory issued by Miami Dade County.  This public advisory is to not have contact with water within Biscayne Canal / C-8  from 27th Avenue to the Bay and the Biscayne Bay West of the Intracoastal Waterway from Broad Causeway to 79th Street Causeway including Pelican Harbor Marina, as well as the Biscayne Aquatic Park.

CARTHE, an ocean currents research consortium based at the University of Miami RSMAS, is equipped to respond quickly to oil spills and other pollution events with the goal of tracking the ocean currents that transport the pollutant and predicting its fate. Once we learned of the local sewage spill, CARTHE quickly supplied Miami Dade County’s Department of Environmental Resource Management (DERM) with 3 GPS-equipped, biodegradable drifters that are specially designed to track the flow of ocean currents. DERM released the CARTHE drifters into the Biscayne Canal near the mouth of the Bay on Thursday morning. 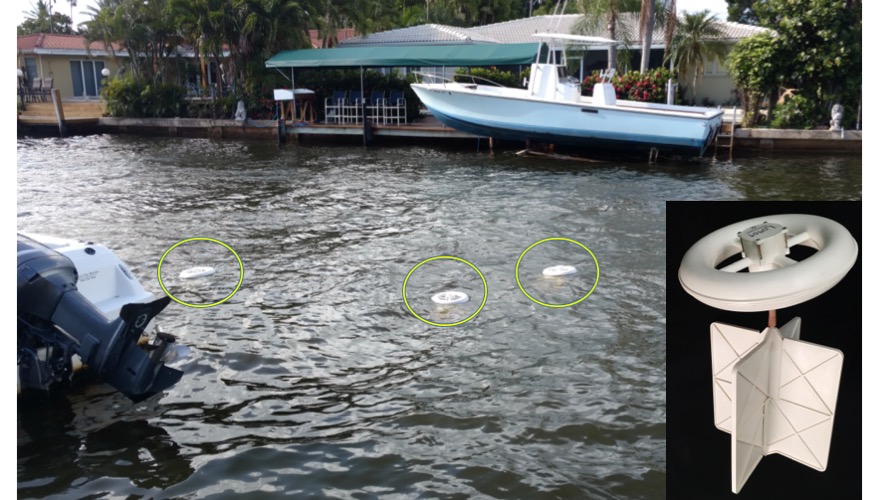 The three CARTHE drifters exited the canal, initially moving north in Biscayne Bay but turning south due to the change of tides.  They hugged the coast, making contact with land between NE 89 St and NE 93 St, before turning back north again Friday morning.  The tracks to date have aligned with the advisory area issued by the County.

DERM will continue to test the area for contamination as a precaution but says that their samples have come back clean. CARTHE will continue to work with DERM to monitor the real time movement of the drifters in an effort to confirm the effected area.  We will update the track as the drifters move. (Update Thursday 6/29/17: the drifters appear to be stuck under docks and we are working to get them moving again.  Update Tuesday 7/5/17: the drifters were recovered under docks near NE 100th St.  They will be saved and used again in a future experiment or spill event)

The ability for scientists, resource managers, and law makers to work together to protect our ecosystem and community has major health and economic impacts.  We are proud to play a role in real time rapid response to local spill events such as this.

Note: We had one drifter travel through this area in September 2016 as part of the Bay Drift study.  It traveled through the bay for over 4 days and the resulting track is in blue in the map below.  It started in Little River and travel south to 195 and then north to FIU’s Biscayne Bay campus near Haulover Inlet. The green tracks are the 3 released this week from Biscayne Canal. 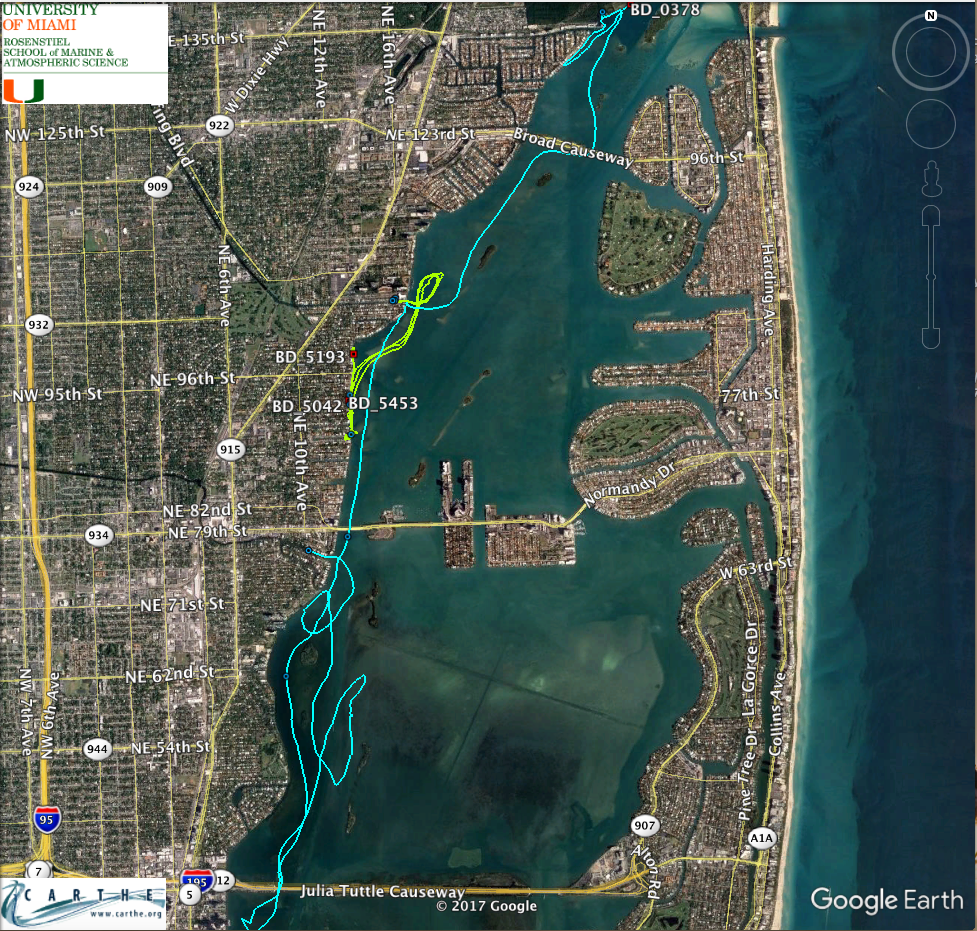