Scientists at the University of Miami’s Rosenstiel School of Marine & Atmospheric Science (UM) and their collaborators designed a unique experiment to study the movement of oil to better monitor and predict the transport path in the event of a future spill. The collaborative research team used a combination of tools which included satellites, drones and surface current drifters deployed around the former site of a leaking oil platform in the Gulf of Mexico which was damaged during Hurricane Ivan in 2004.

The study took place around the platform site just offshore of the Mississippi Delta on April 18-20, 2017 and was a collaboration of two Gulf of Mexico Research Initiative (GoMRI) funded projects: Influence of River Induced Fronts on Hydrocarbon Transport, led by Villy Kourafalou, professor of ocean sciences at UM’s Rosenstiel School, and the Consortium on Advanced Research on Transport of Hydrocarbon in the Environment (CARTHE), led by UM professor of ocean sciences, Tamay Ozgokmen.

“This field study provided unprecedented details on how fronts created by the spreading of river waters in the Gulf of Mexico could influence the transport of hydrocarbons and their pathways toward the Gulf coasts.” said Kourafalou.

“A critical aspect for observing the hypothesis of river fronts acting like natural booms in the ocean, was not relying on a single tool, but rather on multiple platforms, such as drones, satellites, ship-based marine radar as well as drifters and subsurface measurements. This collaborative model was very effective and worked well in the field.” said Ozgokmen.

Another key aspect of the study was the measurement and evaluation of oil thickness, which for the first time, is being included into high resolution model simulations of circulation and oil drift performed by UM and MET.

The findings document the close synergy between fronts induced by the Mississippi River and pathways the floating oil followed as it drifted on the ocean surface under the influence of several other factors such as winds, waves and regional circulation. The findings also add a missing component in the complex processes that moved the drifting oil during the 2010 Deepwater Horizon spill disaster, which occurred in close proximity to the Mississippi Delta. The updated oil drift algorithms which include oil thickness, are expected to greatly improve the ability to monitor and predict oil transport in the event of a future spill. 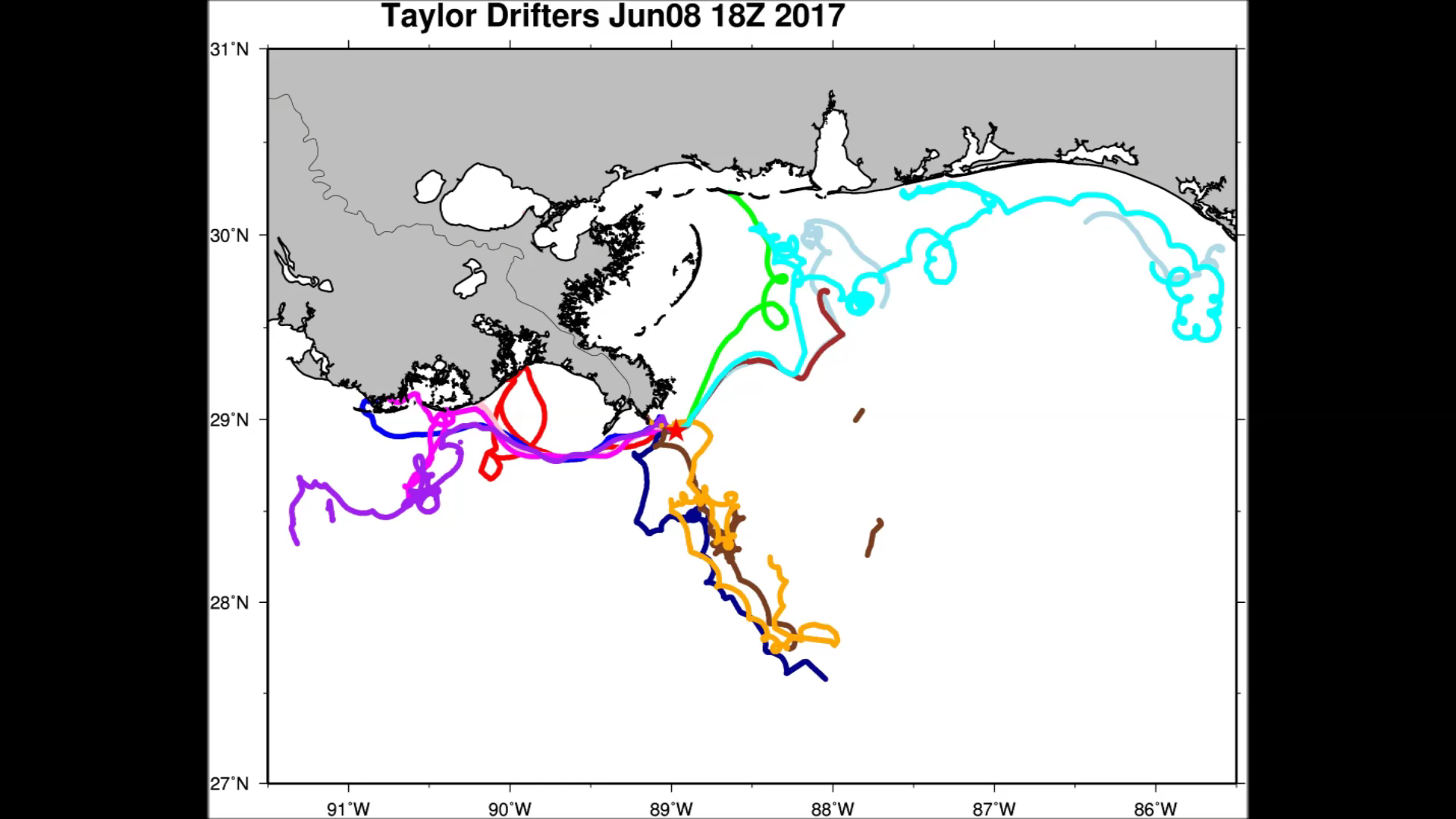 Trajectories of individual drifters after a few weeks of release, marking several potential pathways of oil toward the coastline or the Gulf interior; image credit: HeeSook Kang (UM/RSMAS)

The field study was coordinated by Oscar Garcia of WaterMapping LLC, which also provided drone and small aircraft surveillance of fronts and oil spreading, as well as satellite data analysis, in collaboration with Chuanmin Hu of the Optical Oceanography Laboratory at the University of South Florida. 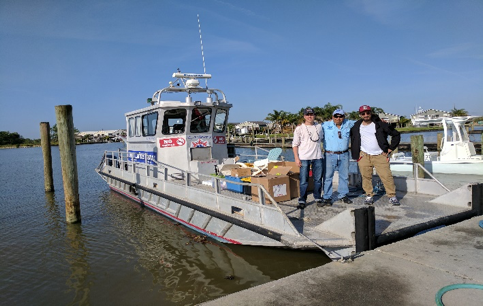