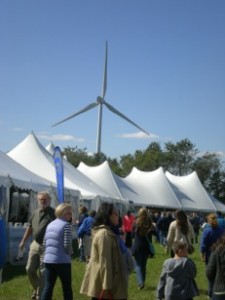 The 38th annual University of Delaware “Coast Day” was held on October 5, 2014 in Lewes, Delaware – the home of the UD marine school.  UD faculty shared their research, gave tours of their research vessels, and offered kids an opportunity to touch real sea creatures in the touch tanks.  Local chefs competed in seafood chowder and crab cake competitions, and the lucky guests served as judges! There were well over 5,000 people in attendance.

UD CARTHE scientists – Bruce Lipphardt, Helga Huntley, and Denny Kirwin – were on hand to share our research with the public.  The guests saw a SCOPE drifter, learned about global currents from a poster highlighting the rubber ducky story,and created oil spills in a computer simulator.  The computer simulated oil spills were created using real ocean model data.  The users were allowed to use mouse clicks to position an oil spill and then they watched as the currents and wind moved it throughout the Gulf of Mexico.  The feedback from this activity was so positive that CARTHE hopes to create a similar version of this that we can share at other public events as well as in the classrooms. 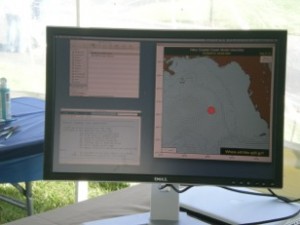 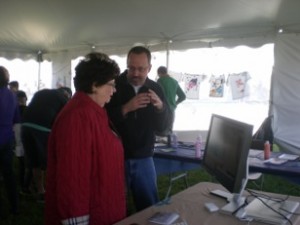