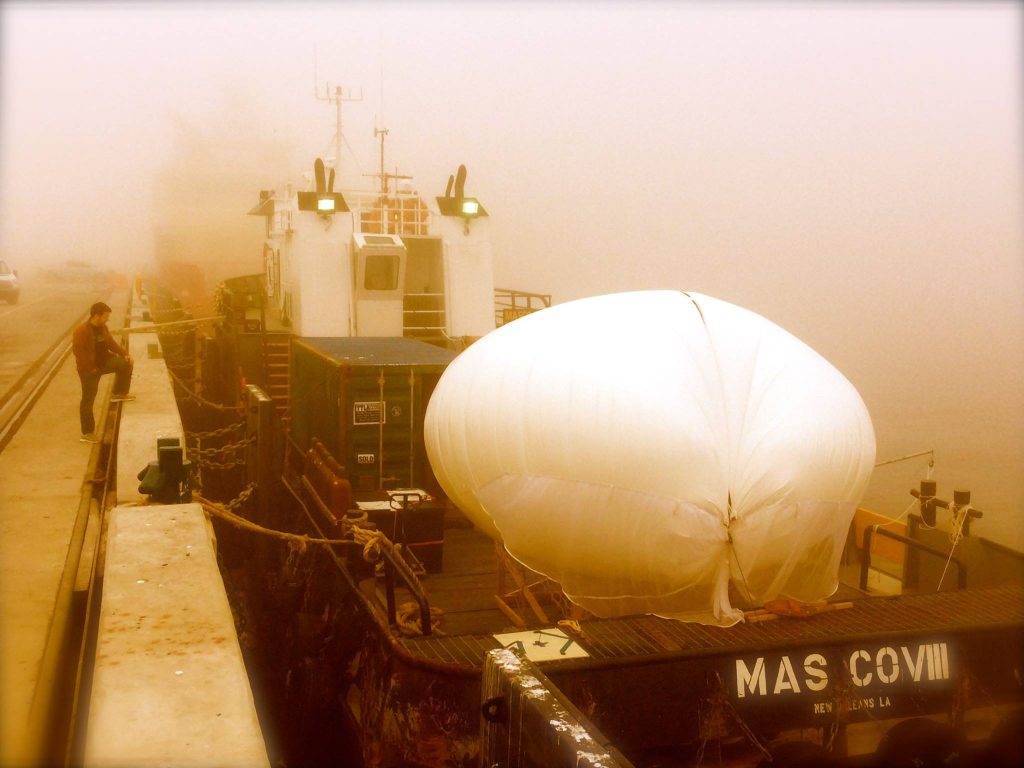 CARTHE’s mission is to study ocean currents in order to understand how oil and other material get transported. We do this in part by conducting large-scale field experiments. Our latest major field campaign was LASER, LAgrangian Submesoscale ExpeRiment, January-February 2016, which utilized aerial monitoring of the ocean’s surface, sampling from ships, and the release of 1000 biodegradable drifters. Aerial monitoring combined manned and unmanned aircraft, including a Ship-Tethered Aerostat Remote Sensing System (STARSS).

STARSS acquired high-resolution imagery of the surface of the ocean. These images will be used to determine how small-scale mixing driven by waves, winds, and short-lived currents affect how tracers like oil spread and move over time. The GPS-equipped drifters released during LASER will show us what happens at scales of 200 m to many km, while STARRS will allow us to see what’s happening at scales of 1 m – 200 m. 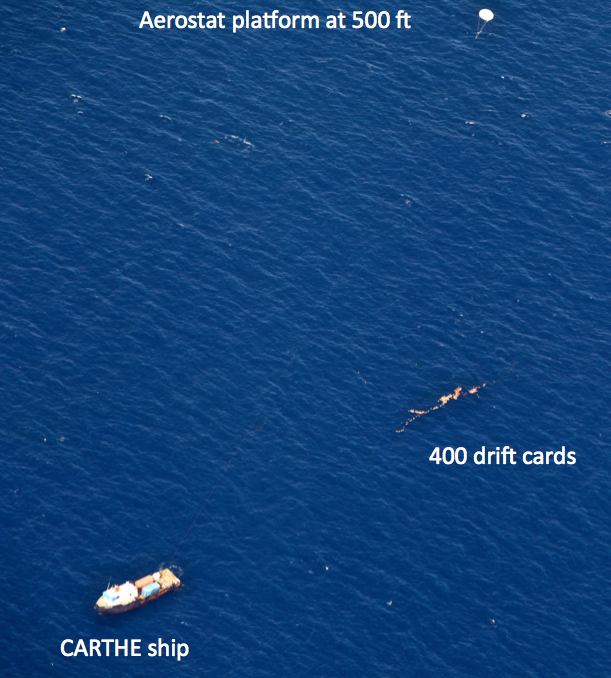 The core of STARRS is a helium-filled aerostat capable of lifting up to 25 kg. Aerostats differ from normal helium balloons in their design. Aerostats are designed to create lift so they become more stable as winds increase and they also generate more lift. Wind lift is not considered when designing the imaging system as a sudden drop in winds could cause an overweight system to fall into the sea. 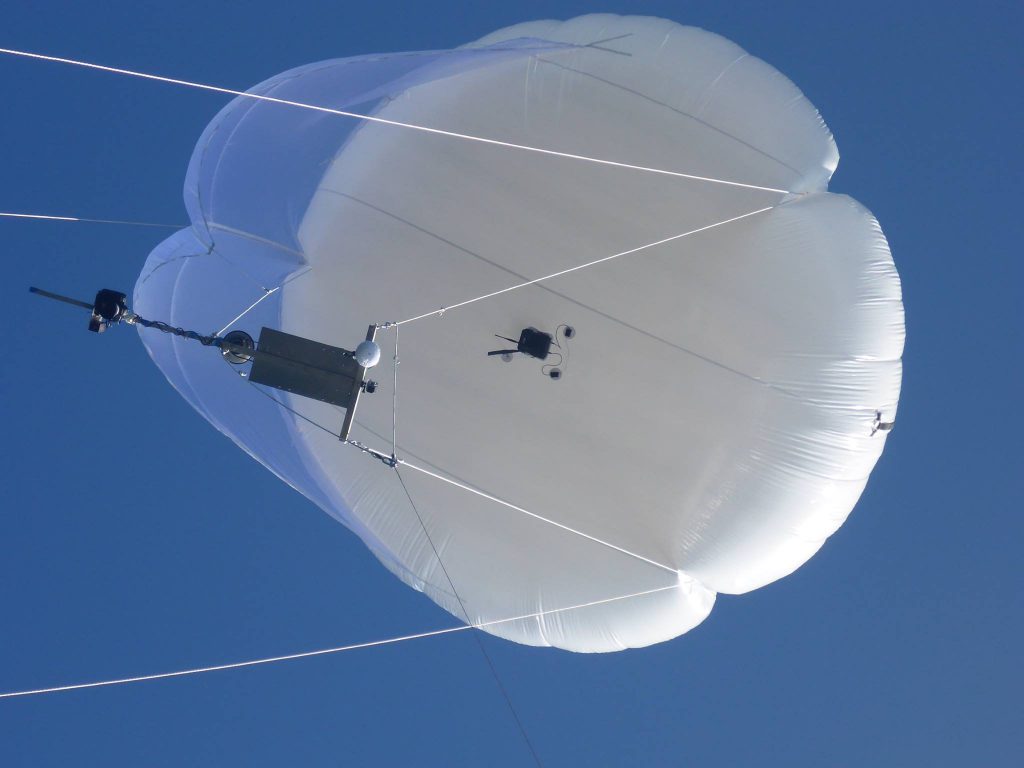 The remote sensing part of STARRS included a high resolution (50 megapixel) digital camera and an infrared (IR) camera. The 50 mp digital camera acquired images of drift cards and other oil surrogates scattered in the field of view during each experiment.  Sea surface temperature (SST) was recorded using the IR camera. The imagery will be directly geo-referenced using an onboard GPS and inertial navigation system (INS). The GPS will record the position and altitude of the system and the INS will record the orientation (pitch, roll, yaw). The cameras were mounted on a 3-axis gimbal that accounted for any movements of the aerostat. The cameras were controlled with an onboard computer and images were transmitted to the ship via wifi. 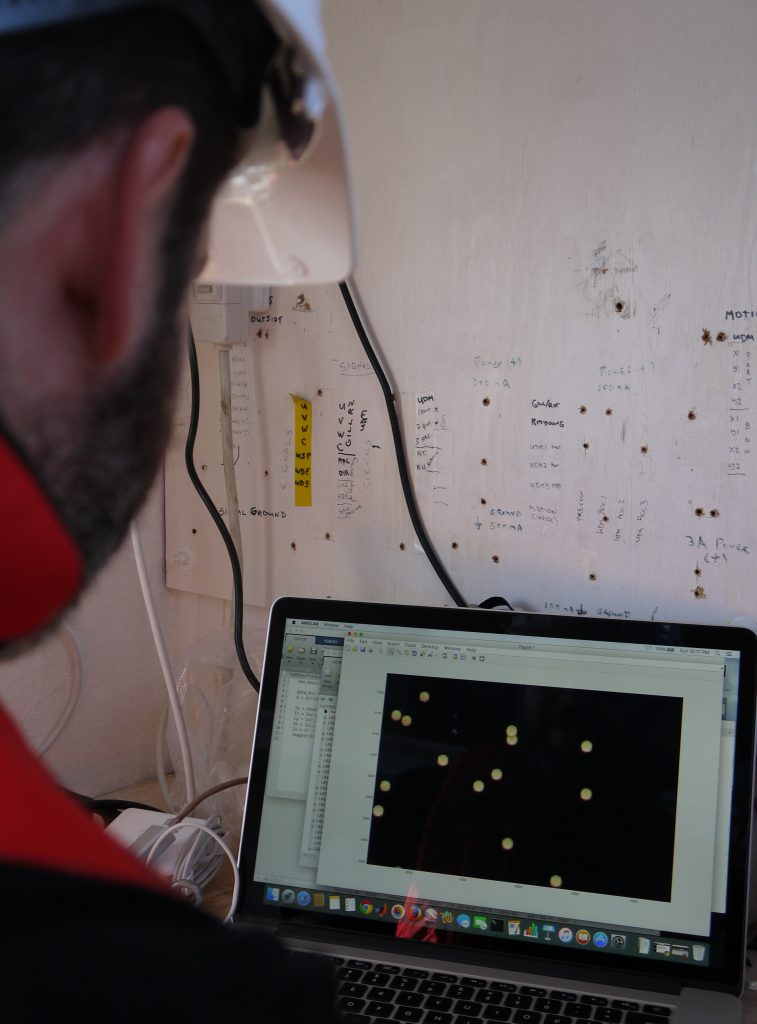 The CARTHE aerostat was developed by Dr. Daniel F. Carlson, research faculty at Florida State University, who specializes in remote sensing and ocean observation. Testing of the newly developed equipment took place in July 2015 in Miami, in preparation for LASER. STARRS was an integral part of LASER, the largest oceanographic experiment of its kind ever conducted, and is scheduled to be used in 2017 during SPLASH, the next CARTHE experiment. 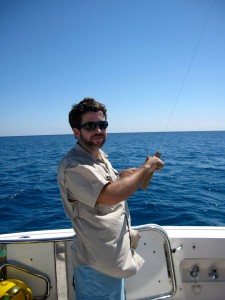