Over the next few weeks, researchers on the NOAA research vessel, Ronald H. Brown, will release CARTHE drifters throughout the Gulf in areas that we have not had the opportunity to study until now.  The Gulf of Mexico Ecosystems and Carbon Cycle Cruise 2017 (GOMECC-3) will perform a large-scale survey of ocean acidification trends and dynamics in the Gulf. We are excited about this collaborative project and can’t wait to see where the drifters go! 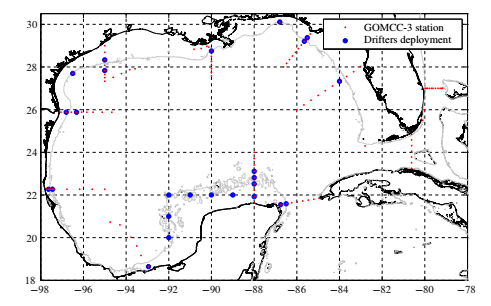 A schematic of the planned drifter deployment. Available for the deployment are 25 CARTHE drifters. The drifters will be deployed (blue dots) during each of the planned CTD cruise stations (red dots). 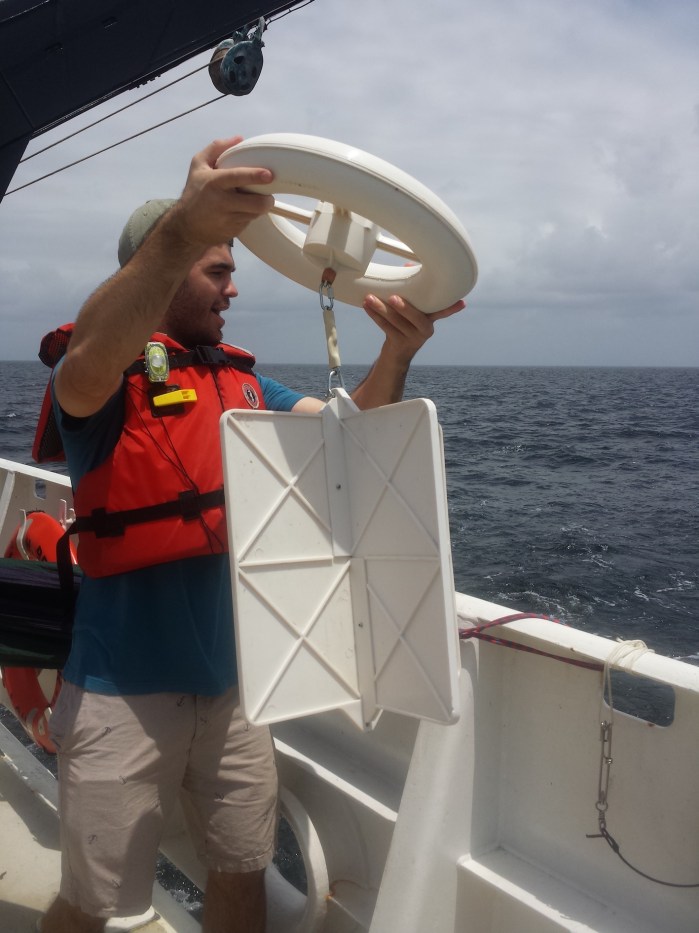 During the Deep Water Horizon (DWH) oil spill, BP committed to fund $500 million in broad, independent scientific research in the Gulf, through the Gulf of Mexico Research Initiative (GoMRI). The Consortium for Advanced Research on Transport of Hydrocarbon in the Environment (CARTHE) was funded by GoMRI for the purpose of studying the oil spill and its impact on the Gulf’s delicate ecosystems. CARTHE’s scientific work focuses on the physical distribution, dispersion and dilution of petroleum, its constituents and associated contaminants under the action of physical oceanographic processes, air-sea interactions and tropical storms.  Simply put, CARTHE studies ocean currents to be able to predict where oil or other toxins may go in the event of a future spill.

In order to do this, we use GPS trackers on specially designed buoys called drifters.  The drifters move with the ocean surface currents and transmit their precise location via satellite to the scientists on land. By knowing where the drifters go and how fast they move, we can estimate how the currents are moving and where oil might go in the event of a future spill.

CARTHE has used many different types of drifters over the years but none of them were quite right for the large scale experiments (1000+ drifters released over a small area within a few weeks) that we had planned, so the team decided to develop our own. Over 2 years, Guillaume Novelli and Cedric Guigand at the University of Miami created 20+ prototypes, did extensive testing in both the ocean and the SUSTAIN wind-wave tank, and eventually met their criteria:

Considering the worldwide marine debris and ocean plastics problem, we felt it was imperative that such large experiments be conducted using biodegradable materials so that we were not contributing to the problem, only the solution. CARTHE drifters are made of PHA, a bioplastic that will degrade over time in the marine environment.  The finished drifters consist of two interlocking panels that can be assembled quickly onboard a research vessel, a donut-shaped float that houses the GPS and batteries in the center, and a chain that links the two sections together.

In January-February 2016, CARTHE released 1100 custom-made, biodegradable, GPS-equipped drifters into the northern Gulf of Mexico, near the site of the DWH oil spill, in the largest oceanographic experiment of its kind ever conducted. Then in April 2017, we returned to the Gulf, this time just west of the Mississippi delta near Grand Isle, LA, with 500 drifters to study how oil gets from offshore, across the shelf, and onto shore.  Additionally, other researchers have used the CARTHE drifters to study the currents in the Arctic Ocean, and to study how animals like mahi mahi and sea turtles use ocean currents. The possibilities are endless.

For a glimpse into the adventure of designing the CARTHE drifters, please watch Drifting into the Gulf by Waterlust. 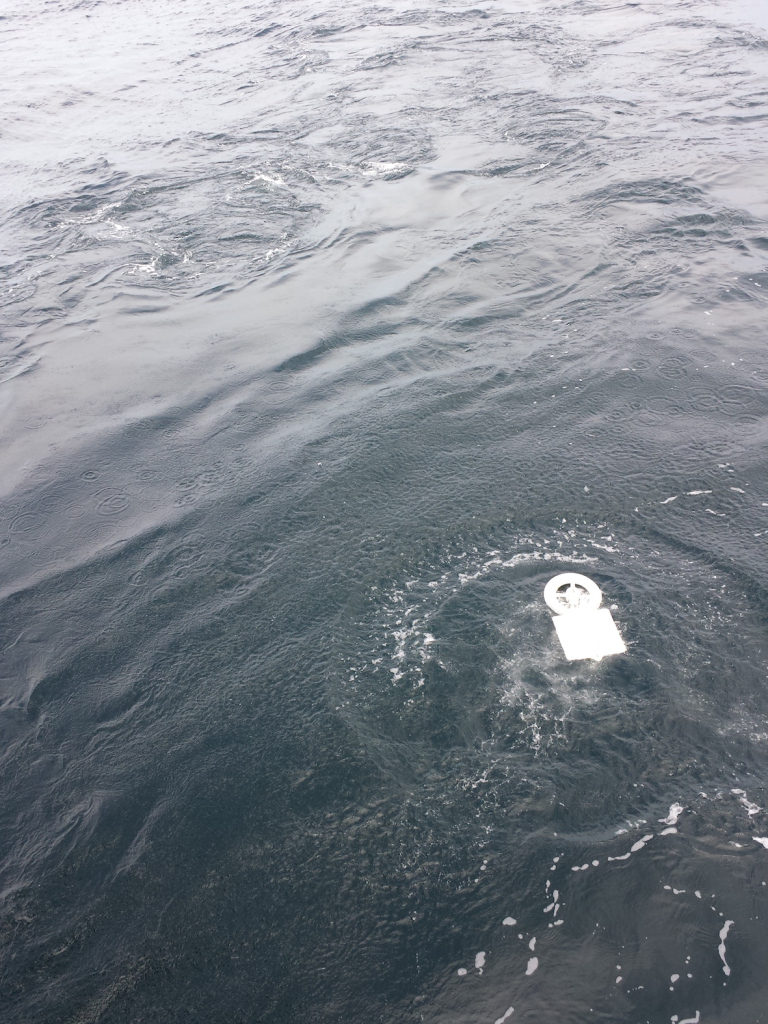 CARTHE drifters after deployment on GOMECC-3. Photo by Leticia Barbero