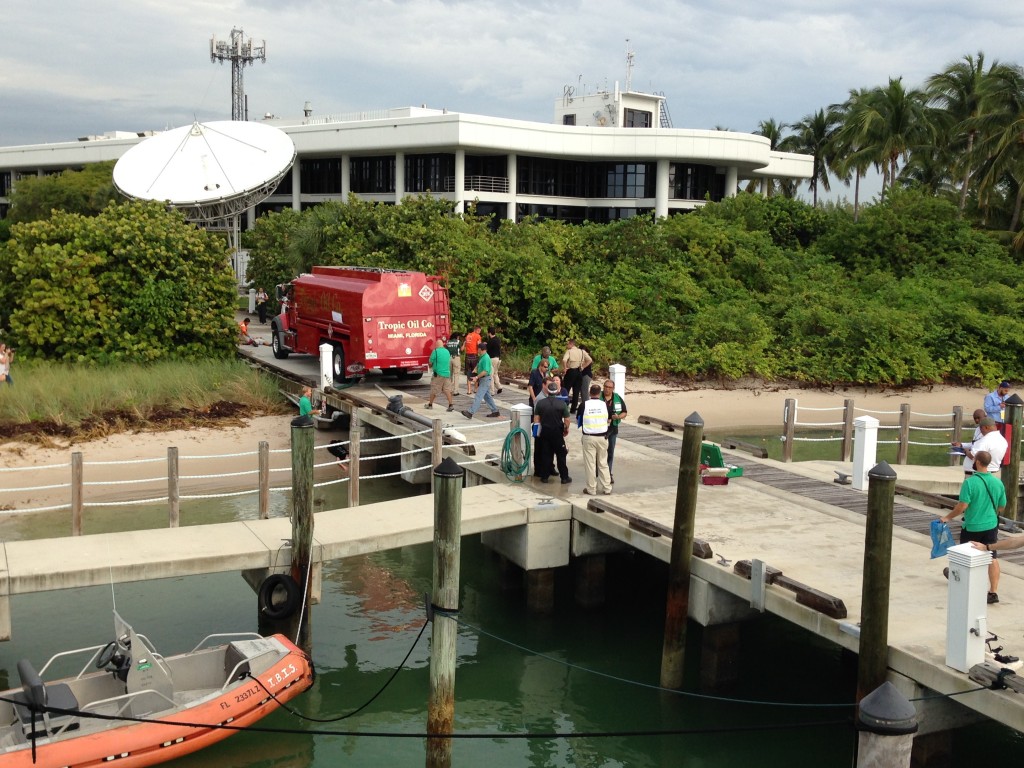 The University of Miami Department of Emergency Management hosted a full-scale environmental protection and preparedness response exercise on December 3, 2015. (see our previous post about the preparation for this event)

Over 35 Federal, State and Local agencies and private organizations participated, including CARTHE. Exercises such as this one are designed to improve communication, planning and emergency response proficiency across multiple local, state and federal agencies, universities and private companies, in the event of an oil or fuel spill in any navigable waterway, like Bear Cut. This exercise was an excellent opportunity for numerous agencies and organizations to gather and practice working together in a unified command setting. 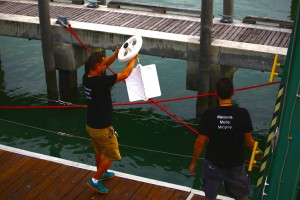 CARTHE provided scientific support for this well organized environmental safety exercise.  We gradually released five of our latest GPS-equipped drifters from the R/V Walton Smith at the University of Miami Rosenstiel School of Marine & Atmospheric Science. Every 30 minutes we deployed 1 drifter into Bear Cut.  The first at 9:20am when the mock “fuel spill” occurred (also low tide) and the last one at 11:20am. 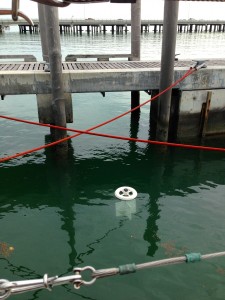 The drifters slowly drifted west into Biscayne Bay (much slower than expected based on average daily observations), going only about 1.5 km from the release location, implying that the “spill” did not spread too far.  However, the tide reversed after around 3 pm and all the drifters turned, left Biscayne Bay, went under the Bear Cut bridge and exited to the Atlantic side. 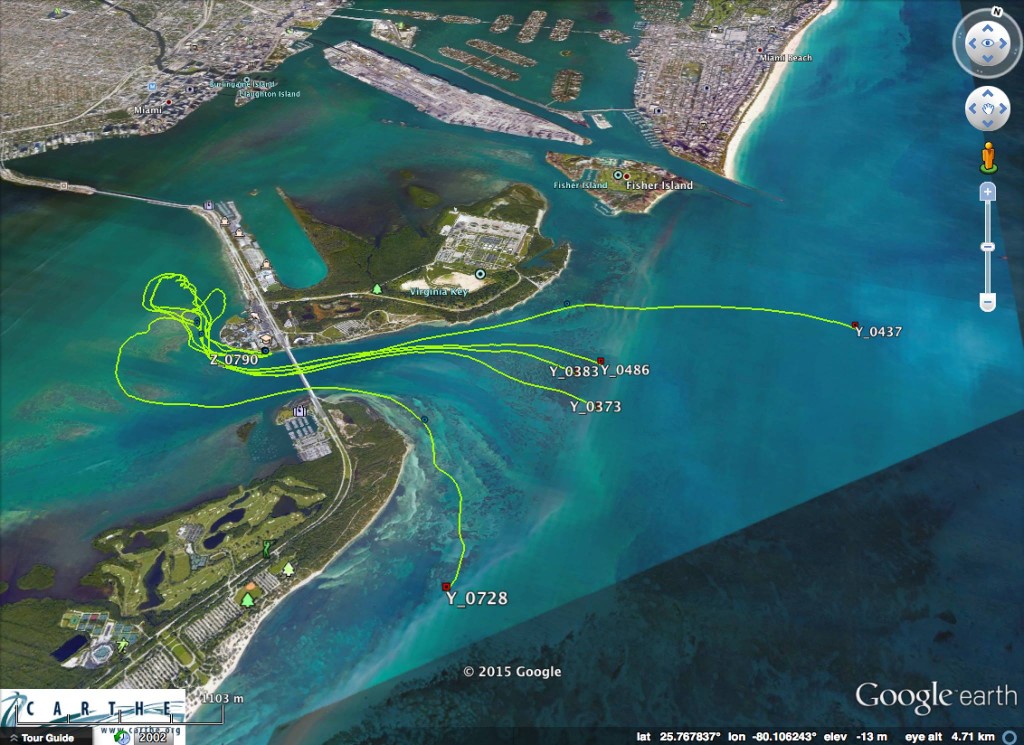 The tide reversed again after 9 pm and 3 out of the 5 drifters entered the Bay across Bear Cut and RSMAS, while the other two remained outside. All drifters went southwards along both shores of Key Biscayne (Atlantic side drifters moved with the narrow countercurrent between the coast and the Gulf Stream).

In the short movie below, you can see the path that the CARTHE drifters took over an 11 day period. (movie credit: Edward Ryan; drifter hardware credit: Cedric Guigand and Guillaume Novelli).

CARTHE would like to thank Sean Fay and Vincent Torres of the University of Miami for the amazing leadership that they have demonstrated over the course of an entire year of planning for this exercise; it has been a great pleasure to participate in this exciting exercise and to collaborate with so many response agencies.